Here is one of the least profound statements that you’ll ever hear: Abortion is a difficult and divisive issue.

This is because many people on both sides of the debate look at abortion in a black/white manner.

People’s views on abortion can be roughly divided into two groups: those who think abortion is murder, and those who are in the “my body, my choice” group.

If someone says, “After conception, the fetus is a human being. So abortion is murder”. You can’t really argue this point because that is their belief.

If another person says, “As long as the fetus is in my body, It is part of my body, and thus it is my decision whether or not to have an abortion”. You can’t really argue this point either because that is their belief.

We have a conundrum. Is there a way to handle this?

So morally, most people would think that abortion is immoral after the 6th month of pregnancy (unless the mother’s health is at risk, or the baby is not viable).

For those who think abortion is murder, either at conception or shortly thereafter, abortion is immoral.

One concept I like in the philosophy of law is that a good law is one that at least 95% of adults agree with. A complete ban on abortion does not meet this criterion, as only about 40% of Americans agree with this law.

Thinking about laws such as those that criminalize murder (after birth), rape, child abuse, or theft, well over 95% of people agree with these laws. Fortunately, most laws are related to these.

However, we could reach that 95% threshold if we made abortion illegal after the 6th month.

This might sound callous, but there is a good reason to require abortion laws to be this way. After all, how many people (or state legislators) would vote to put women who have an abortion in jail? Not many. And that’s because most of us know many women who have had abortions, and even if we don’t agree with them doing so, most of us don’t want to see them in jail.

We can all come together when we acknowledge that no woman gets pregnant in order to have an abortion. What can we do to decrease the number of abortions without making it illegal?

Educating teens and adults about sex and birth control is a good first step. If you are going to have sexual intercourse, and you don’t want to get pregnant, the man and/or woman should use birth control.

Our culture is overly sexualized and is pushing the message that any consensual sex is good.

But sex between those who do not love each other, or do not respect each other can be harmful emotionally.

Men are much less discerning when it comes to sex. Women are more discerning because only they can get pregnant. We should teach our girls and women to say no to sexual intercourse unless they love and respect the man they are with, and that the man that loves and respects them.

Boys should be taught that girls are not ‘play things’, and to have respect for girls and women as they do for their mothers or sisters.

For a woman who does get pregnant, and doesn’t want the baby, she should be informed about the possibility of adoption.

The process of adoption could be much more streamlined and less expensive. Certainly, we want adopting couples to be well-vetted. Once that is done, and a mother is found who wants to give her child up for adoption, the couple should be introduced to the mother (if she so desires). Immediately after birth, and after the child has been cleaned and examined, the baby should be given to its adoptive parents. This allows the baby to immediately bond with its adoptive mother and father, an extremely important process.

We all want to decrease unwanted pregnancies. Doing this would decrease the number of abortions without making it illegal.

Tim Farage writes about the application of Natural Law to all areas of society, including education, government, economics, science, math, technology, environmentalism, and relationships. 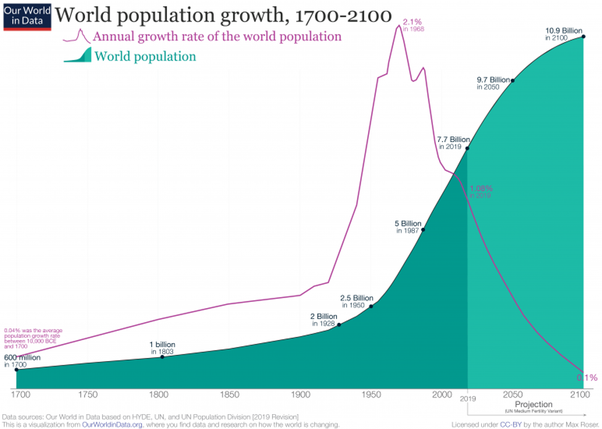 COVID-19: A Tale of Two Counties

This post deal with the facts about COVID-19 in Dallas County and Collin County, which is just north of Dallas County.

My source for this is from Collin County:
https://www.collincountytx.gov/public_information/news/Pages/default.aspx

This means that out of 1 million people, only one died who was presumably healthy and not elderly.

To fairly compare the counties, I'll report them as per 1 million people. So there were 218 deaths per million people in Dallas County. This is 3 times the rate of deaths in Collin County. What causes this discrepancy?

In Dallas County, the zip code hit hardest is 75211. According to the Dallas Morning News, 80% of its residents are Latino and 60% of those infected are Latino. The problems there are language barriers, overcrowding, not following the social distancing rules, and having a high number of illegal immigrants who are afraid or delay going to a doctor or hospital.

Currently, medical workers are increasing the testing of those in this zip code, and then beginning treatment immediately after a person tests positive.

Because of these sorts of discrepancies,
the experts are indeed divided about the way to handle this, especially on the question of this mass shutdown.

Everything about this is confusing as experts with excellent qualifications are all over the spectrum on this issue. Even for the vaccine one hears promising results but then other experts also say that a virus vaccine of this type has not been developed and cannot be .. as the virus mutates by the time the vaccine is developed.

We do not have the answers yet about the best way to handle COVID-19.

Here’s what we do know. I live in Collin County.

Are my family and I afraid to go out? Heck no. We go out to eat and go to the movies. Yes, we obey the rules about facemasks and social distancing.

People forget that much poverty is created by businesses that are closed. This poverty itself leads to deaths.

The best thing to do is to allow businesses and schools to open so that the poor and middle class can stop hemorrhaging money. It is terrible what is happening to them.


And then we can focus our resources on protecting the elderly, as well as Latinos (and others) in poor areas.

Yes, we should wear a mask when out in public and practice social distancing. And get tested.

But let's open up schools and businesses so that a sense of normalcy is established.