This is first part of a series of posts about intelligent design (ID).  Intelligent design has been vilified by some scientists who feel that it is religion encroaching upon science, which it does not. And it has also been conflated with creationism, even though creationism starts with assumptions that the Bible is to be taken literally, and ID is a scientific technique that has nothing to do with any religion.
The first part of this series will deal with exactly what ID means. Later parts will bring forth some of the scientific evidence that support the involvement of an intelligence in the creation of the Universe and in biology. The last part will deal with the implications of intelligent design upon both science and religion.

In April 2007, at Southern Methodist University (SMU) in Dallas, I had the good fortune of attending a two-day conference on intelligent design , sponsored by the Discovery Institute based in Seattle.  Four very smart and well-spoken scientists made presentations all related to the thesis that there is compelling scientific evidence that various aspects nature and the Universe exhibit design by an intelligent agency or agencies.

Does this idea shock anybody?  One would think it wouldn't shock too many people since most people in the world, quite sensibly, believe this to be true, usually assuming the intelligent designer is God (although ID says nothing about the identity of the designer). One would be hard pressed to find a single thoughtful person in the world, scientist or not, who has not asked, how did the world get here?… how did life begin?… how did humans come about?… why are we here?…  without considering that an intelligent agency might have been somehow involved.  And since this is certainly a logical possibility, one would assume that it is therefore open to scientific inquiry and the free exchange of ideas, especially on college campuses.

But one would be quite wrong in that assumption!  This is hard to believe but many professors at SMU were trying to get the conference banned.  According to an article by Jeffrey Weiss, a staff writer for the Dallas Morning News, “Science professors upset about a presentation on intelligent design fired blistering letters to the administration asking that the event be shut down.”  After the intelligent design group heard about this they asked the chairmen of the some of the science departments at SMU to send representatives to the conference to present their objections, but they all declined.  In a formal statement by many of the science professors as SMU, one paragraph stated:

“We are, however, vehemently opposed to the deliberate deception of presenting politically motivated religious viewpoints as science. It is destructive and antithetical to the usefulness of science, and history has shown that similar politicizations of science have been incredibly destructive to our moral, ethical and material progress.”

Would you be surprised to find that this was written before the conference took place?  At least they could have actually attended the conference before criticizing it.  And if they did, they would have found that no religious viewpoints were discussed, but rather all four scientists gave scientific evidence that an intelligent agency or agencies likely influenced  nature in a variety of ways – from the creation of life on Earth, to the evolution of life, and to the creation of the Universe itself.

So what exactly is intelligent design?  It is an inference, based upon scientific evidence, that some object or event was designed or influenced by an intelligent agent or agencies.

Let’s start with a relaxing example.  Go to your window and look outside at the nearest mountain that you see.  Perhaps it looks like this: 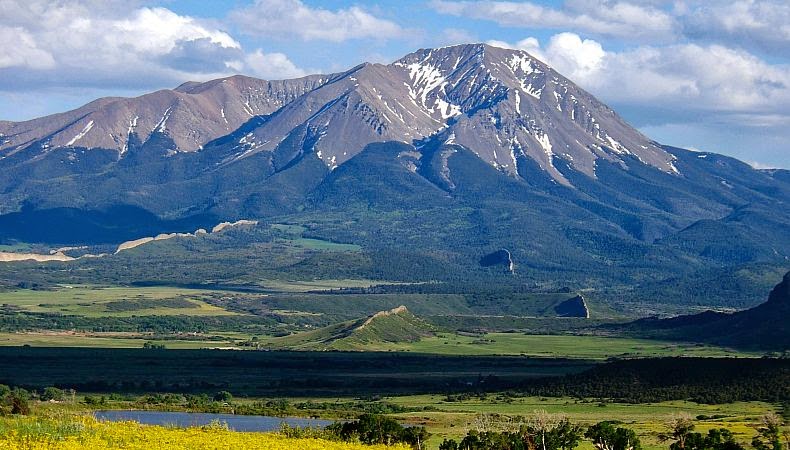 If someone asked you if this mountain had been designed, you’d have to be honest and say that it didn’t appear to have been designed, and that you assumed that its shape was the result of numerous factors such as wind, rain, erosion, plate tectonics, etc.

But suppose instead you saw this mountain: 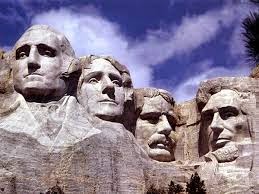 If someone asked you if the visages on this mountain had been designed, you say, “Of course it was designed.  It’s Mount Rushmore.  Those are carvings of the faces of four of the most famous presidents in our country’s history.”


Even if an alien civilization came to Earth sometime in the future and saw Mount Rushmore, they would immediately conclude that it had been designed.

How can we reliably distinguish between whether an object or event was designed by an intelligent agency based upon sound scientific evidence?

The best explanation as to how one can make an intelligent design inference comes from the mathematician, Dr. William A. Dembski in his book, The Design Revolution.  I use and simplify some of the ideas from his book.

In order to conclude that an object or event is the result of design, it must pass through a 2-stage process.

The first stage is that the object or event being studied must have an exceeding low probability of occurring though purely naturalistic processes.

How low must the probability of an event be for it to pass the first stage?  There can be no definitive value, but the safest one to choose would be 1 in 10150.  This is a very small probability.  It’s about equivalent to the same person winning the Texas Lottery twenty-four times in a row. It is so low that such an event is very unlikely to occur anywhere in the Universe since time began about 13.8 billion years ago.

It is actually easy to come up with hundreds of low probability events. Look at the cars parked in a large mall on Saturday afternoon. Then look again the next Saturday. Barring a zombie apocalypse, the probability that the same cars were parked in the same parking spaces is virtually zero.

But, as the examples above show, knowing that an event had an extremely low probability is not enough to show that it had an intelligent cause. One more ingredient is needed.

That additional ingredient is usually called specificity. It means that the object or event has meaning or information.

Referring to the Mount Rushmore example, the probability is essentially zero that the faces would been created through naturalistic means, such as wind, rain or erosion. But the faces have meaning - they are images of great Americans. These two facts lead anyone to believe that the faces were intentionally created.

If an object or event meets both of these criteria, we say that it exhibits specified complexity, and we can reasonably conclude that it had an intelligent cause.

1) an object or event has an exceedingly low probability of occurring, and if

2) the object or event is specified – it contains meaning or information – we then say that it exhibits specified complexity, and thus conclude that it had an intelligent cause.

In every case where we know the cause of an event that exhibits specified complexity, we attribute the object or event to intelligent causation.  I mentioned the faces on Mount Rushmore, but how about a cell phone, or a cardinal’s nest, or a house, or even a mousetrap.  All of these exhibit specified complexity, and indeed, we know in every case who or what the intelligent designer was.

But we need not know the identity of the intelligence in order to conclude that an event did indeed have an intelligent cause.  For example, there’s a program called SETI, which stands for Search for Extraterrestrial Intelligence.  The Center for SETI Research has developed signal-processing technology that it uses to search for signals from advanced technological civilizations in our galaxy.  It takes these signals and tries to match them with signal patterns that we have specified as those that might be sent by an extraterrestrial intelligence.  For example, one pattern might be a sequence of the first 1000 prime numbers.  Since the probability of receiving such a sequence is exceedingly low and since this sequence has meaning, it exhibits specified complexity, and we would rightfully conclude that it was sent by an intelligence(s).  But we would have no idea as to the identity of the intelligence (although my guess would be that it’s the Klingons).

The idea that one can infer an intelligent cause from an event exhibiting specified complexity, doesn’t seem so controversial, does it?  To rephrase what was said above, in every instance where specified complexity is present, and the cause is known (e.g. we know that humans carved the faces on Mt. Rushmore), we have found that the event was designed.

So what is so controversial about the intelligent design inference?  The controversy comes about because a number of scientists are now finding evidence of specified complexity in such things as the constants of the Universe, the evolution of life, and even in the creation of life itself.  And if they are correct, that would mean an extremely capable intelligence was involved, and that it is certainly not human.  This makes some (but certainly not all) scientists very nervous because it reminds them of the ‘G’ word, and we can’t have that now, can we?


Tim Farage is a Senior Lecturer and Graduate Adviser in the Computer Science Department at The University of Texas at Dallas. The views expressed herein are those of the author. You are welcome to comment upon this blog entry and/or to contact him at tfarage@hotmail.com.
______________________________________

The 2 stage process for intelligent design totally makes sense to me. I like this blog, I'm gonna subscribe!

Not that I'm offended, but did you REALLY need to check my math? :)

Mr. Farage, I still can't believe you are #1 in U.S. for math in QuizUp, that's crazy! How did you get so good at math?

My grandmother, who was born in Syria, could always keep scores in games in her head. She also tutored Algebra in Syria almost 90 years ago. I think I got my math genes from her.

There are still people who think that the world is overpopulated. Prince Harry and Megan Markle are planning on only having two children t...